This video from BBC news discusses some of the ways you can reduce carbon emissions while flying:

When you live in a country as large as Canada, avoiding flying may not be an option. I will be taking the train from Halifax to Ottawa in June for a birthday trip; the leg from Halifax to Montreal is 18 hours. In Europe, an 18-hour train ride would probably cover a few countries. Mind you, it’s not an ultra fast train. Train travel in Canada is not very good and can be much more expensive than flying. Driving several hours is also not a very comfortable option. Someone I knew drove from the south of Denmark to Italy in about 20 hours; it took me 18 hours of driving to travel from Toronto to Halifax when I moved here (a two-day trip with two overnight stays). The other four alternatives mentioned above are more feasible in Canada.

Another option, which I am interested in exploring, is to compensate your carbon footprint by donating money to environmental causes. There are a number of companies that can help you do this. These companies usually provide tools to help you determine the carbon footprint of your mode of travel. So, for example, a flight from Halifax to Montreal for one person equals a  CO2 amount: 0.392 tonnes. Based on this CO2 amount, the company will ask you to donate a set amount to contribute to an environmental project, e.g., reforestation in Nicaragua. The company MyClimate, for example, calculates a contribution of $11 USD for a Halifax to Montreal flight. it’s important to choose companies that have Gold Standard certification,  as this ensures that key environmental criteria have been met by offset projects that carry its label. Only offsets from energy efficiency and renewable-energy projects qualify for the Gold Standard, as these projects encourage a shift away from fossil-fuel use and carry inherently low environmental risks.  There are two Canadian companies that offer Gold Standard offsets;

I have been meaning to use these carbon offsetting programs; it’s time I put this into practice. 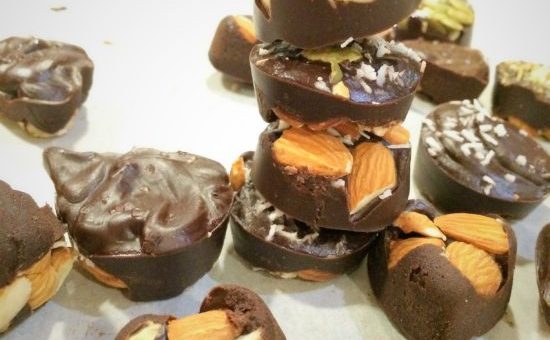 A friend of mine asked me about vegan sweet treats she could take as a hostess gift, which got me thinking that this would make an ideal blog post. I’ve focused on locally-made vegan treats.

Rousseau Chocolatier provides some good vegan options for chocolate bonbons. Dark chocolate is usually vegan, and those filled with nuts or fruits would be fine. Another option is the dark chocolate bars.

Springhouse makes exclusively vegan products. For sweet goods, the following would all be suitable:

Sweet Hereafter Bakery always has one daily vegan cheesecake. I’ve tried every vegan option, and all are delicious. The cheesecake is sold by the slice, but you can order a whole cheesecake. Their vegan options are plentiful:

Vandal Doughnuts has a large variety of vegan doughnuts. This bakery is extremely popular and often has long queues of customers waiting outside the door, and for good reason, as their doughnuts are delicious. Vegan options include:

The Petite Baker is run by a friend of mine. Elizabeth can make custom vegan cakes for any occasion.

Luscious Desserts is an exclusively vegan bakery that makes a variety of cupcakes, cakes, macarons, and chocolates.

Big Life in Dartmouth makes a variety of vegan cookies, including:

Wild Leek has a variety of vegan baked goods that you can order, including brownies, cupcakes, and cookies. Wild Leek is exclusively vegan.

The Heartwood restaurant has a variety of vegan desserts and treats. I’m not sure whether you can order in advance, but a quick phone call should sort that out.  Options include: